If your kids find everything to do with dental health and teeth boring, try some of the fun dental facts listed below to pique their interest!

1. Even ancient populations understood the importance of oral hygiene.

While ancient oral hygiene methods and practices seem rudimentary compared to those we use today, people back then had definitely figured out that there is a connection between oral hygiene and strong, healthy teeth.

To keep their teeth clean, ancient people experimented with a wide range of techniques. Some people would even go so far as to chew on wood sticks with frayed ends or tree bark to brush their teeth. When brushing their teeth in ancient Egypt, people used a powder made from water and eggshell and ox hoof powder that had been ground up.

2. The modern toothbrush was not developed until the 1700s.

The first mass-produced toothbrush was made by a man named William Addis in England by attaching boar bristles to a bone handle. Brushes with nylon bristles and ergonomic handles were created in the 1930s. These items may seem outdated in comparison to toothbrushes of today, but they were very cutting-edge in their day!

3. Not even the Tooth Fairy is immune to inflation.

In 1900, when she typically left twelve cents per tooth, the Tooth Fairy left a lot less silver than she does today. She left an average of one dollar in 1998. The standard price for a tooth reached $3.50 on average in 2013. Children frequently discovered $5 bills under their pillows in 2018! What do you receive?

4. North Americans use around 3 million miles of dental floss every year.

But we're still not flossing enough! Only 30% of North Americans report flossing once a day.

6. Teeth can tell us a lot about the past.

Since teeth are the hardest part of any mammal, they are also the part that becomes fossilized most frequently. Every species of mammal has teeth that differ in size, number, shape, and organization, which makes them very helpful for classifying organisms (taxonomy). Without teeth, it would be much more difficult for us to comprehend the fossil record.

7. The United States has the most cavities per person out of all the countries in the world.

On the other hand, in some countries (like China), people eat such small amounts of sugar that entire cities are completely cavity-free.

This expression originated with horses. As horses age, their gums recede, making it seem like their teeth are growing. The longer the teeth look, the older the horse.

9. Snails have teeth. Lots of them.

The radula, a flexible band made up of thousands of tiny teeth, is used by snails and slugs to eat. Food particles are picked up by the radula, which rasps them, and larger food pieces, like leaves, are cut off by the jaw and given to the radula.

10. According to Louisiana law, if you bite someone with your natural teeth, it's assault, but if you bite them with dentures, it's aggravated assault.

If your kids are looking to learn more about teeth, we can definitely help with that! Contact us today to book an appointment. 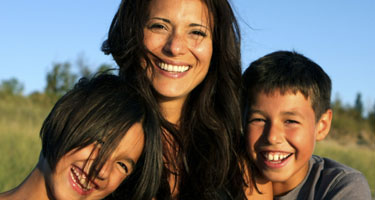 Are You Looking for a Family Dentist?

Great! We are accepting new patients, so please contact us to book your complimentary consultation today!

From Dental Our Team